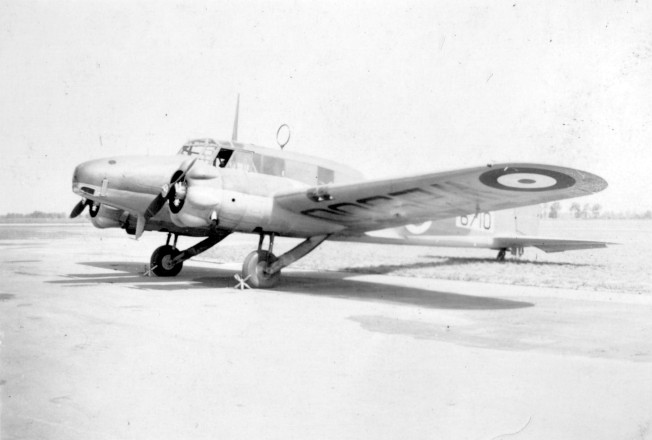 I have seen people on Facebook get all excited about pictures of planes used in the BCATP.

Google Walter Neil Dove and you will see who is Walter who.

Walter never flew the Avro Anson, but he took that picture in August 1941.

He flew Spitfires with RCAF 403 Squadron from December 1944 till the end of the war.

Been born in a world with less tyranny is one of the reasons I write blogs about WWII and pay homage to those who left this world in the hope of a better world.

Strong message if you can read between the lines.

Jacques Gagnon’s uncle was there. Eugene Gagnon was in Class 46, and in 2011, his nephew shared precious mementoes to pay homage to his uncle. 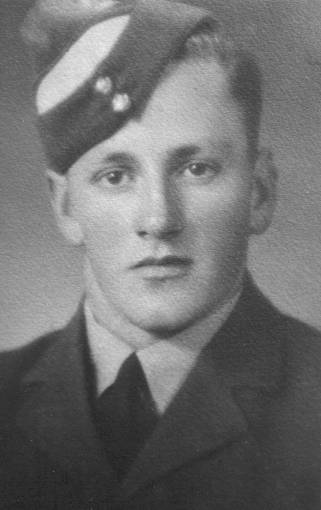 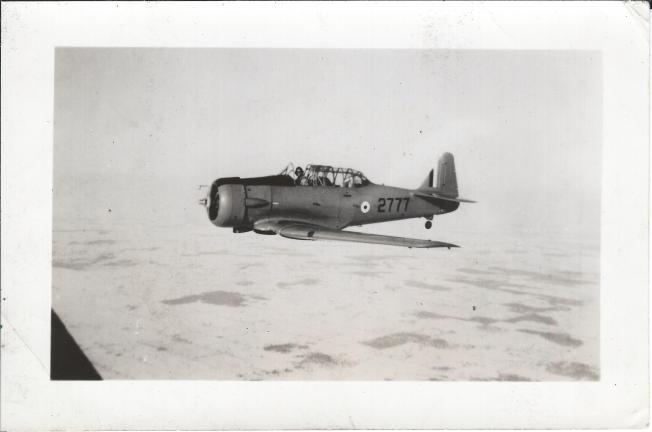 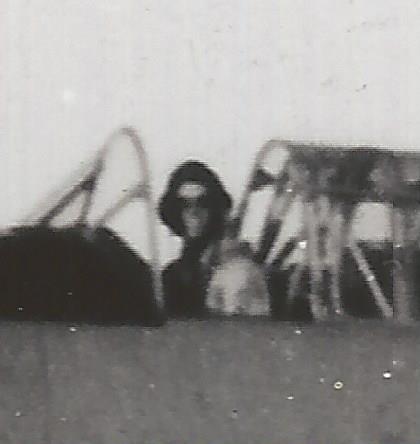 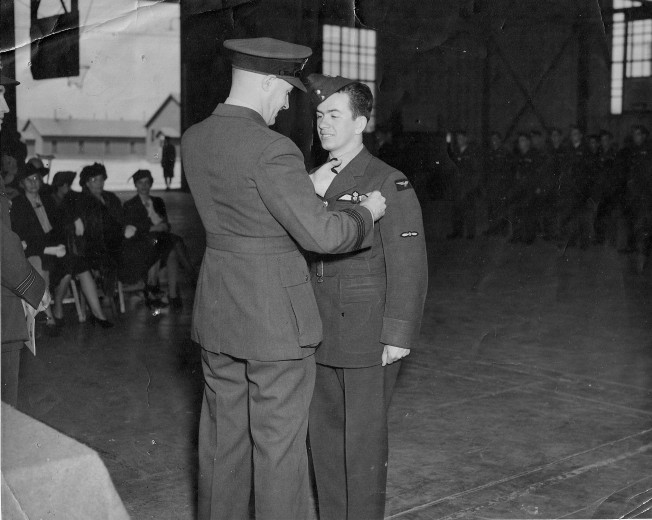 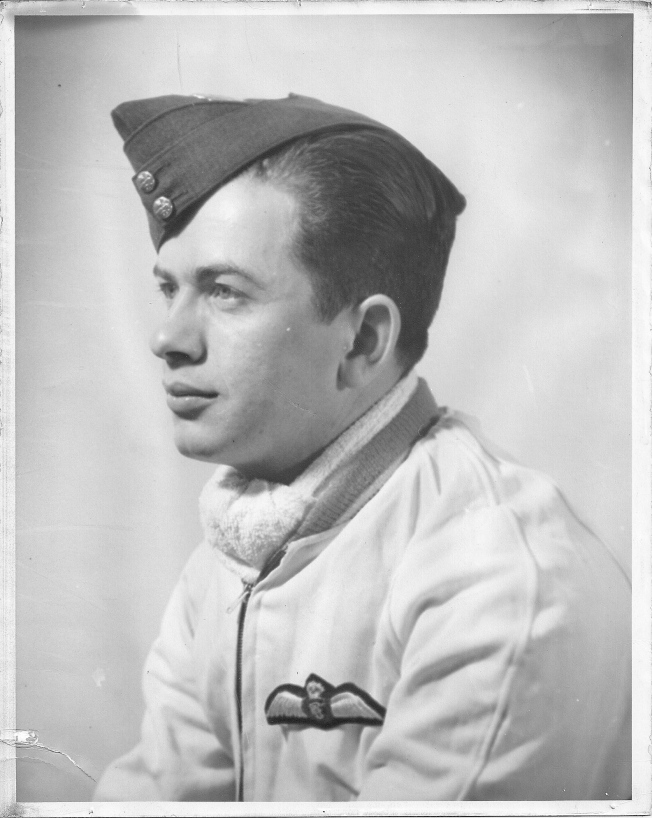 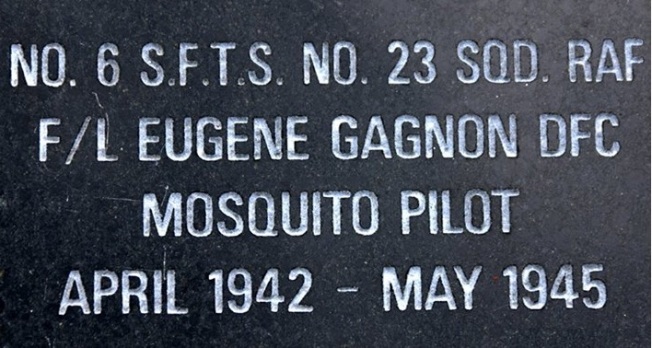 Decorated with a DFC. 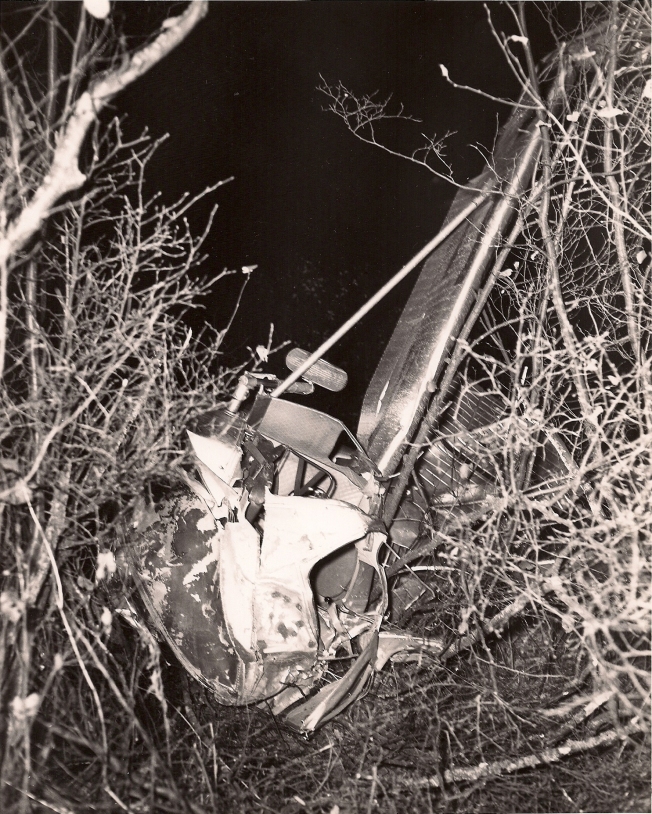 One month before he was to get married.

LAC Mervyn Jack Mills did his training at No. 6 S.F.T.S. Dunnville with LAC Lawrence Walton Montague. I am still searching for him. 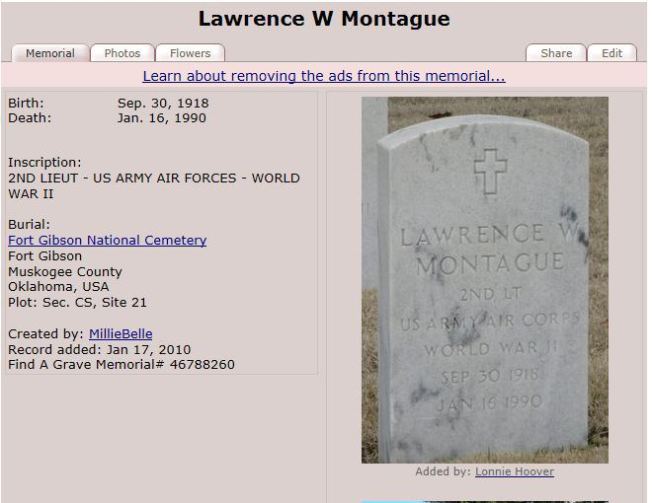 Mervyn has someone who wants people to remember his sacrifice in WWII. Mervyn was a young Spitfire pilot from New Zeland.

He never came back to New Zeland, and his body was never found. 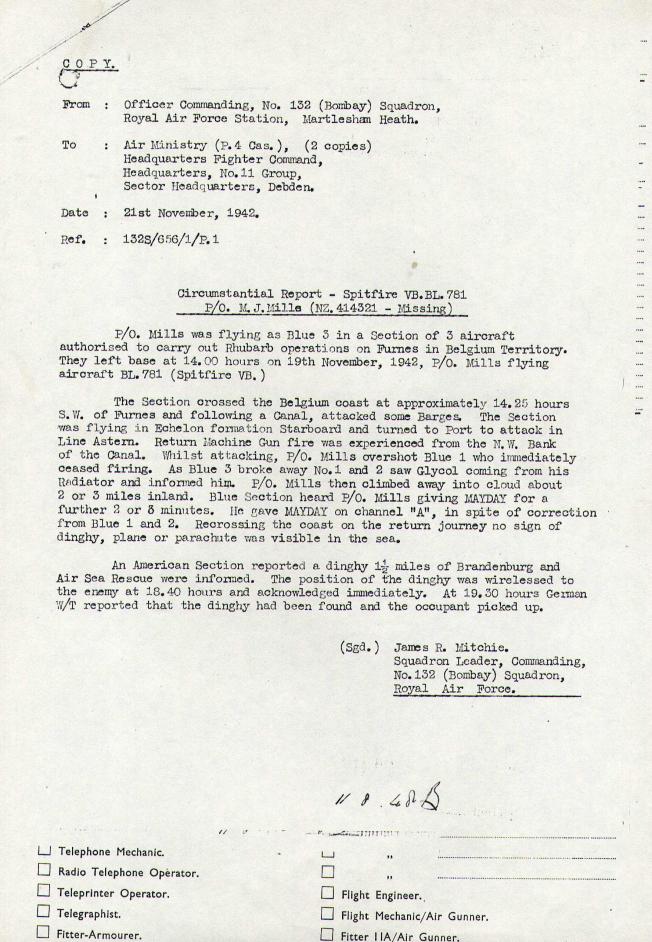 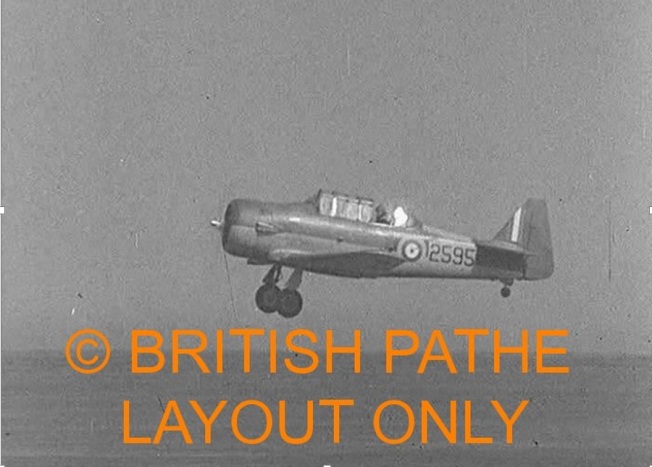 Aerial shot of the buildings, runways, etc. of a RAF (Royal Air Force) training establishment in Canada. Two C/Us of trainees in the control tower. Good shots of the runway with several Fairey Battle fighter aeroplanes lined up prior to take off, squadron of airmen are marching past. C/U of a pilot seated in his aircraft. Various shots of a single engined trainer plane taking off. Pan with a Fairey Battle taking off. Aerial shot of the runways and hangars at the base.

Thoughts on “Brief History of No. 6 S.F.T.S. in Dunnville, Ontario”

I trained at Dunnville on Harvards in 1942 and continued training on other aircraft in England, finally ending up on Lancasters in 1944 on 218 Squadron, Chedburgh in England where I completed a tour with Bomber Command. I am now 88 years old and am still flying but in Cessna 172′s rather than Harvards.

I got my answer…

Excerpts from the Diary of LAC Richard P. Perry.

Left Lachine Manning Depot in Montreal and proceeded to:

The first lessons were introductory and designed to familiarize us with the North American Harvard. Spent considerable hours, during each day, studying the flying manuals and sitting in the cockpit. My first flight was on March 9, 1943 and my instructor was Sergeant Potts.

Flew over to Welland for some low flying, then back to base for lectures, then back in the air again for circuits and bumps. (takeoff, circuit and land). Sat in the cockpit for several hours in the evening familiarizing myself with the controls and the instruments.

Lectures in morning, then up for takeoffs, spins & recovery, circuits and landings.

Was impressed with how nicely these aircraft handle after the Tiger Moths. No more worries about starting the engine but remember not to release the brakes until the ground crew member signaled that he had unplugged the starter AC and remember to put the undercarriage down before landing. (there was a warning device installed)

Harvard #3118 1.15 hrs Up for a test with F/O Gordon. He had me going over everything that I knew about flying and some of the things I didn’t know. It’s funny how they expect that you can get into a completely unfamiliar aircraft with only two days of instruction and know everything about it. Spent the evening in the cockpit going over all of the drills, instruments and controls.

Lectures in morning and finishing off with tests on airmanship and aicraft recognition. Spent the afternoon in the Link Trainer. All the talk now is about going solo. Had a long discussion with Potts about this item and he reiterated that he would have us off by the end of the week.

Potts took me for a thorough test, all the items I did know or should know. Very exhausting. A day off to recuperate while he dealt with his other two pupils. It was payday and we each received $30.00 !!!!!

A short flight with Potts and then SOLO. Marvelous feeling to be up there in a powerful machine on my own. Now I had to remember all of the instructions myself. Takeoff, wheels up, flaps up, propeller pitch to normal, throttle back, around the circuit, flaps down wheels down, propeller to fine pitch, throttle back, tailwheel locked, brakes unlocked, nose up and touchdown. I flew around for a couple of hours, making sure that I knew how to handle everything, then taxied in and shut down. Taxiing quite difficult. Cannot see over the nose so have to fishtail back and forth across the runway.

We had lectures every afternoon.

Up for test flight with F/O Gairdner. Again went through all of the familiar drills. Spent the rest of the morning practicing.

Some of the interesting features of the aircraft:

It had 550HP up front and this meant lots of torque on take-off, difficult to keep the plane on the runway. Then again, landing was very tricky with a ground loop a very natural result. We all had some problems. Jimmy Spanhake, as an example, skidded down the runway on his nose but got out safely.

Getting in to a spin was easy, the aircraft just naturally flipped over after a stall, the big problem was the recovery. Two or three turns was fine but more than that and you were in trouble. Someone had told me that, after five turns there was no way to recover and it was difficult, if not impossible, to get out of the cockpit.

A roll, after the difficulty of rolling a Tiger Moth, was a joy. With all that horsepower up front one could fly completely around the roll without using the rudder at all.

By this time I was completely familiar with the aircraft and looking forward to Wings Parade. For some time now, we had heard rumors that there were too many pilots and not sufficient aircraft overseas. I was interviewed by the CO and advised that I had two options. Either go back to New Zealand, complete training and carry on as an instructor or re-muster. I decided on the latter option for the reason that this was the only way in which I would have the opportunity of participating in the war. Total time in the air was 30 hours day, 5 hours night and 8 hours in the Link Trainer.

I was advised that there was an opening on an Air Observer course at Malton, outside Toronto, so entered my name and was accepted.

This is Richard Perry’s Website where this story is told.

His WWII experiences are documented here.

Eugène Gagnon had some of his pilot training in Dunnville, Ontario. 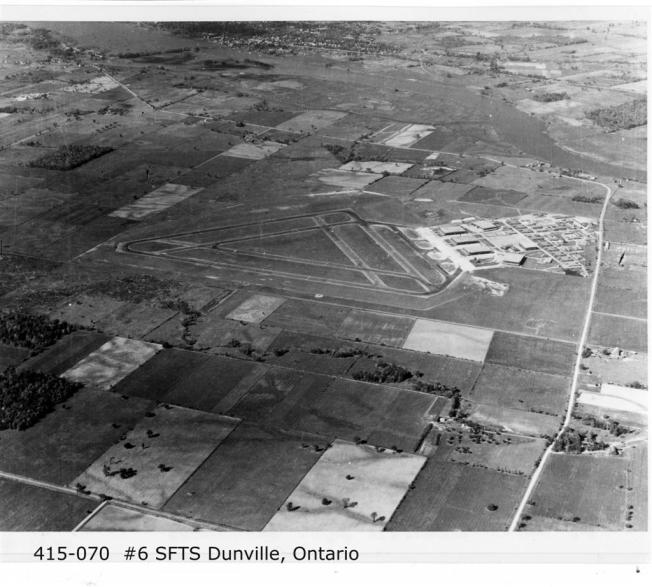 He got his wings there on April 24, 1942. Then he moved to Paulson, Manitoba to become a Staff Pilot.

Brief History of No. 6 SFTS

The Dunnville flying school, No. 6 SFTS, opened on November 25th 1940; one of the 28 Service Flying Training Schools constructed in Canada under the British Commonwealth Air Training Plan.

The base had five hangers, three double runways, 50 H-huts, a drill hall, canteen, fire hall and other buildings.

Students attending the school had previously completed an eight week elementary course at a Flying Training School. After an additional 12 – 16 weeks at Dunnville, they would earn their wings.

The first group of 50 graduates received their wings on February 10th 1941. While the base was in operation it graduated a total of 2436 pilots. Students came from New Zealand, Australia, Great…